A downloadable game for Windows

This game is original. It's not copying any other game. No other game has ever played like this before.

If you want to know what inspired me to make this project, look no further than videogamedunkey.

... Really?? Because communism works so much better for innovation. :) lol

right, famously free of profit seeking ruining core mechanics or leading to derivative crap, only the purest dedication to the art form in the video game market amirtie

For sure! Perhaps we even gain a famous mass murdering leader for our history books. Besides, who would wish for gain from our own accomplishments when we can just give it all to the state; silly capitalists.

It's not even a game.

That's actually half the point. The point is, under capitalism, and under the rhythm the capitalist system is giving us in terms of game ideas and the sort revolving originality in games, there's never gonna be an original game that actually feels even a minimum of innovation whatsoever, because everyone, AAA or indie, are too busy copying eachother's ideas for games. The little remaining people or devs who actually have original or quality ideas for games are doomed to remain stagnant and in poverty if they don't spend huge chunks of capital they can't afford to boost their shitty marketing. 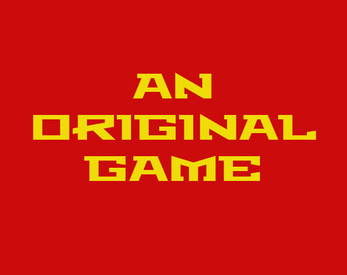