A downloadable game for Windows, macOS, and Linux

SUPPORT THE PROJECT ON KICKSTARTER: https://www.kickstarter.com/projects/jmaa/schizo-simulator

JMAA is the developer at JMAA Games who’s gonna beat you up and make you suck it down with his debut game: HAMSTER GAME.

HAMSTER GAME is a top-down roguelike hardcore shooter with crumbs from The Binding of Isaac, Hotline Miami and 90’s gaming, A game which pays as well homage to those classic games from Newgrounds from back in 2010 and so. featuring the US Marine who is gonna save the world from the demons who have fully integrated into society but are secretly planning a demonic invasion. Only you the marine will stop them from their tracks and kill El Diablo, the chief of their operations, alongside some other nasty demonic foes.

Play 6 to 9 levels of demon madness in this permadeath experience, die a lot, but more especially, turn insane over killing demons with an assortment of weapons and stat-booster powerups. Also featuring: 2 player deathmatch multiplayer, specialized in short-burst duels of less than 1 minute that you can even play at the office. Old-school style.

Plus: this game isn’t about hamsters. Or is it?

In order to download this game you must purchase it at or above the minimum price of $1 USD. You will get access to the following files:

Equating schizophrenia with unrestrained violence in the title of your game is just spreading harmful mental health stigma. You need to rework this title cuz its currently a big yikes.

Jesus christ with this title talk, it's like people who have no mental illnesses whatsoever get offended on behalf of actual people with mental illnesses like every redditor does, like first of all, you're not helping people with actual mental illnesses by just pointing out a title is "offensive". For second, who the fuck cares? The game is just a game, it's not meant to misrepresent people with schizophrenia, it's not meant to promote actual violence, hell we even had this talk 3 decades ago with DOOM. Thinking a game would impact someone so much he would go in a killing spree is pretty much Lieberman-tier neanderthal thinking.

I just wanted a funny title that was democratically chosen in a strawpoll. It's pretty "unfortunate" that it relies on a mental illness, yes, but it's as much about schizophrenia as Hitler was a goddamn painter. If you seriously connect the plot, title and general gameplay of the game with the mental illness itself, you got a frickin' problem.

Just chill. It's only a game. 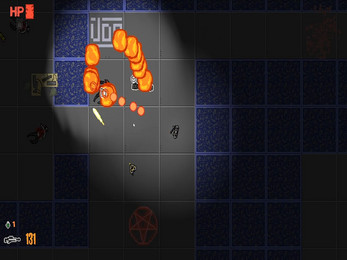 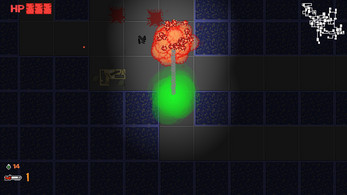